Find this article at:
go.ncsu.edu/readext?828782
— Written By Blake Szilvay 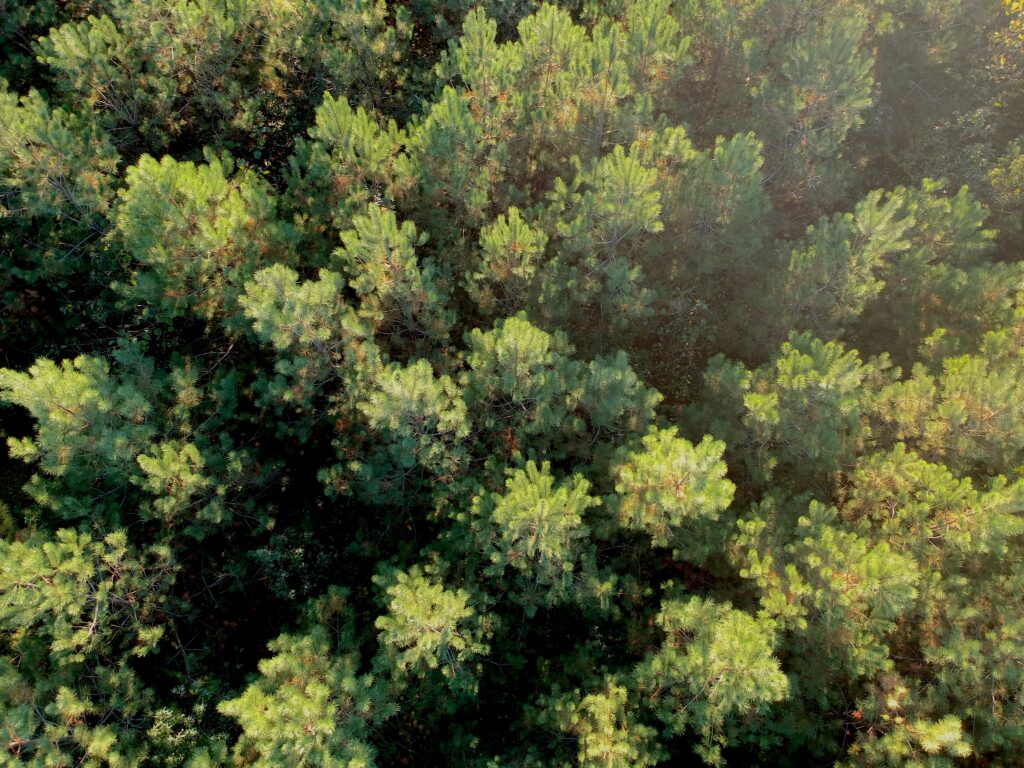 In school we all learned that plants use carbon dioxide (CO2) to grow and release oxygen in return. Greenhouse gases, such as CO2, can be released from industrial facilities, and the companies that own them are responsible for dealing with the gases in some way. This is where carbon credits come into play. Basically, the goal of carbon credits is to offset the CO2 the company produces by incentivizing landowners to lower their CO2 production or capture CO2 using plants. For example, a facility may produce 2 tons of CO2, but they pay landowners to keep property in pine trees that will capture 2 tons of CO2. That facility now produces zero emissions and is not responsible for any CO2 being released into the atmosphere.

Leaving a piece of property in trees is the typical way landowners can get into some carbon credit program. However, more recently there have been programs designed to get crop farmers involved with carbon credits. This usually occurs when a farmer agrees to change some management practice that will reduce the CO2 leaving the property. Examples of management practices that may be adopted include planting cover crops or no-till production. Adding another income possibility to every acre is very exciting to most producers. However, there are a few major things that need to be considered before committing to a carbon credit program.

The market in North Carolina is a voluntary market. We need a market to have a price for carbon. As of right now, October 2021, North Carolina does not have a market that is ran by a government regulatory program. What this means is that the carbon market available to NC farmers is very limited at the moment. The US Department of Agriculture is looking into some sort of carbon market for agriculture in the future. As of right now, farmers should read the fine print of any contract they are presented regarding carbon markets. They are usually very long-term agreements, 10-20 years, have very stiff penalties if the contract is broken, and may require farm data to be released to the other party.