Face to face interaction is limited. Contact us by email or phone to help us prevent the spread of the Coronavirus.

Find this article at:
go.ncsu.edu/readext?683491
— Written By Adam Lawing (2 months ago) and last updated by Jill Cofer

Vultures – known as buzzards to some of us — are more than the big birds that eat roadkill. They can be a nuisance to livestock producers by causing injury or death to newly born livestock. When attacking newborn livestock, they go for soft tissue areas, mainly the eyes, before the mother is able to get up and protect the newborn. If they don’t kill the animal before the mother or producer scares them off, the animals (most of the time) have to be euthanized due to their injuries. In 2017, the USDA estimated that 10% of loss by predator were by vultures.

There are two common species that we normally see. Turkey vultures are the larger of the two species. They have a wingspan around six feet and can be spotted by their featherless bright red heads and brown and black body. Black vultures are smaller with black feathers and a grey head. 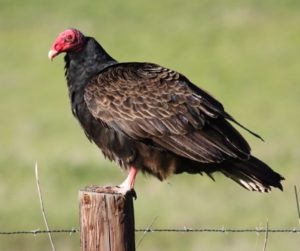 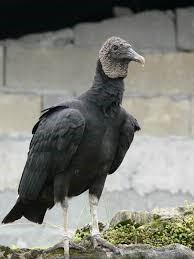 Vultures are protected by law in North Carolina, so it’s illegal to shoot or pursue them without state and federal permits. For more information about managing vulture damage, please call the North Carolina Wildlife Services office in Raleigh at 866.487.3297. They will help with federal and state depredation permits. The U.S. Fish and Wildlife Service and N.C. Wildlife Resources Commission have additional general and permit information. In addition, there is a Wildlife Helpline at 866.318.2401.